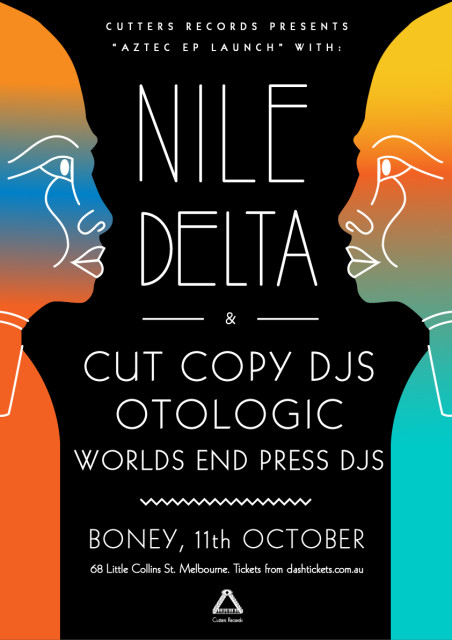 Nile Delta is widely known for his house production and remixes, with a string of 12 inches on Cutters Records. Despite being a well kept secret in his home town of Melbourne, his records have become staples in DJ bags worldwide. This has earned him praise from many of dance music’s elite and recent play on BBC6 and New York’s Beats In Space.  His latest house bombshell “Aztec” features a vocal collaboration with John Parkinson from rising Melbourne band Worlds End Press and is available digitally and on 12″ vinyl.

Joining Nile Delta are Cut Copy DJs. Renowned for their eclectic mixtapes, sought after remixes and love of house, disco and all things danceable, Dan & Tim will be eager to bring the party to a rhythm-fuelled climax after recently heating up the renowned Boiler Room TV party in Melbourne.  Otologic join the party and have had the crowds dancing till the early hours with massive sets at Meredith Music Festival and at their Monthly C Grade parties. These guys are a party-making-machine.  And finally on the eve of their debut album release, Worlds End Press DJ’s will be there to tweak the platters that matter! See you there! Dress Aztec. 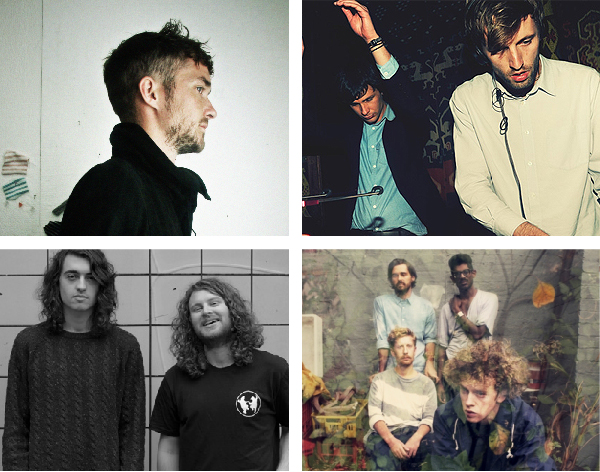